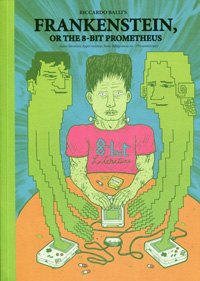 Frankenstein, or the 8-Bit Prometheus

Riccardo Balli, however obscure and enigmatic he might appear in his writing and featured on his picture discs, has shown that he can be highly lucid and brilliantly persuasive in expounding his ideas when he is provoked to defend himself by attacks, such as the one Toby Reynolds, the literary critic of Datacide, launched against him on Reddit in the summer of 2018.

In reviewing ‘Frankenstein, Or The 8-Bit Prometheus’, Reynolds warned his readers of the danger that Balli might become the messiah of the enemies of realism. “Here at last was a self-proclaimed advocate of anti-writing: explicitly anti-realist and by implication anti-reality as well. Here was a writer ready to declare that words were meaningless and that all communication between human beings was impossible. Reynolds conceded that Balli presented a valid personal vision, but “the peril arises when it is held up for general emulation as the gateway to writing or music of the future, that bleak new world from which the humanist heresies of faith in logic and belief in man will forever be banished.’ Balli was moving away from realism, with “characters and events [that] have traceable roots in life” – from the writing of Paul Virilio, Stewart Home, Bill Drummond, Mark Manning, Lester Bangs, Brecht and Sartre.1
Reynolds’ attack opened one of the most interesting discussions on this subject ever conducted in public. Balli replied that he certainly did not see himself as a messiah, 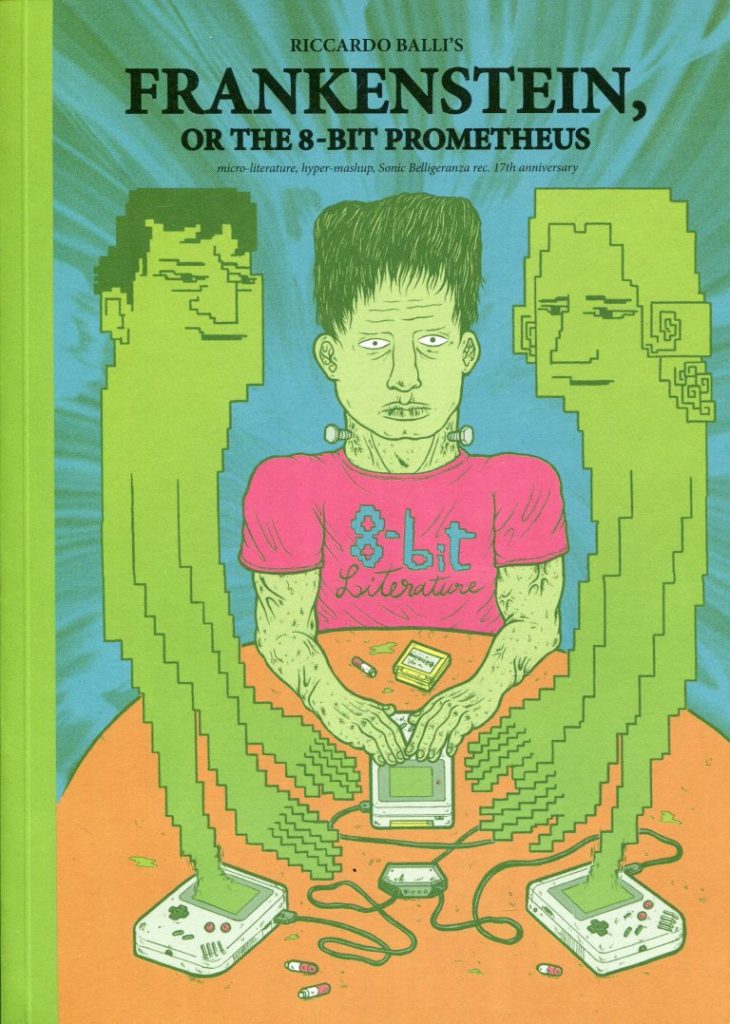 “because I do not like messiahs and I certainly do not consider the vocation of the music producer or the writer to lie in that direction. I have a distinct impression that it is Mr Reynolds who is in search of messiahs! But to deliver a message to the world, to wish to direct its course, to save it, is the business of the founders of religions, of the moralists or the politicians. A writer simply writes books, in which he can offer only a testimony, not a didactic message. Any work of art which was ideological and nothing else would be pointless, inferior to the doctrine it claimed to illustrate, which would already have been expressed in its proper language, that of discursive demonstration. An ideological book or record can be no more than the vulgarization of an ideology.” 1

Balli protested against the imputation that he was a deliberate anti-realist, that he maintained the impossibility of communication by language. “The very fact of writing and publishing books is surely incompatible with such a view. I simply hold that it is difficult to make oneself understood, not absolutely impossible.” 2 After a dig at Sartre (as the author of political melodramas), Home, Drummond, Brecht, et al., as “auteurs du boulevard – representatives of a Left Wing conformism which is just as lamentable as the Right Wing sort”, Balli stated his conviction that society itself formed one of the barriers between human beings, that the authentic community of man is wider than society. “No society has been able to abolish human sadness, no political system can deliver us from the pain of living, from our fear of death, our thirst for the absolute; it is the human condition that directs the social condition, not vice versa.” Hence the need to break down the language of society, which “is nothing but clichés, empty formulas and slogans.” That is why the ideologies with their fossilized language must be continually re-examined and “their congealed language . . . relentlessly split apart in order to find the living sap beneath.”

“To discover the fundamental problem common to all mankind, I must ask myself what my fundamental problem is, what my most ineradicable fear is. I am certain then to find the problems and fears of literally everyone. That is the true road into my own darkness, our darkness, which I try to bring to the light of day . . . A work of art is the expression of an incommunicable reality that one tries to communicate – and which sometimes can be communicated. That is its paradox and its truth.” 2

Balli‘s post provoked a wide and varied response – a clear indication that both he and Reynolds had touched on a vital issue. There were those who congratulated Balli on having written “one of the most brilliant refutations of the current theory of “social realism’, but added, “If only Balli were able to put some of its clarity and wisdom into his own books, he might yet become a great writer!” (Nick Luscombe, presenter of Radio 3’s Late Junction and an expert on 8-Bit culture) as well as those who agreed with Reynolds that a repudiation of politics in itself amounted to a political ideology (Cristian Frongello, the Marxist art critic). Max Frisch, the artistic director of the Berlin-based Pulp Friction Theatre, supported Balli, but insisted that Stewart Home, Bill Drummond, and Brecht were by no means exclusively concerned with social purposes: “The framework of their writing is consciously social, but the core of them is human”, while Flint Michigan pointed out that he considered Balli frivolous and thought Stewart Home a greater dramatist anyway.

In the same thread, Reynolds himself took up Balli‘s challenge. His argument hinged on Balli‘s contention that artistic expression could be independent of, and in some ways superior to, ideologies and the needs of the ‘real world’. “Cultural production and ideology often interact on each other, but the plain fact is that both spring from a common source. Both draw on human experience to explain mankind to itself . . . they are brothers, not child and parent.” Balli’s emphasis on introspection, the exploration of his private anxieties, Reynolds argued, opened the door to subjectivism, which would make objective value judgment, and thus criticism of such writing, impossible. “Whether Balli admits it or not, every book or record worth serious consideration is a statement. It is a statement addressed in the first person singular to the first person plural, and the latter must retain the right to dissent . . . If a man tells me something I believe to be an untruth, am I forbidden to do more than congratulate him on the brilliance of his lying?” 3

The controversy raged on in pages of pages of largely anonymous trolling (“Fuck Off You Bald Prima Donna!” “So it’s true, Italian tanks only have three reverse gears!” and such like) but with distinguished contributions from Hans-Christian Psaar (mainly on the role of the critic and critical standards), cultural commentator Egon Frinz, the young dramatist Dan Moss, and others. Balli‘s own second riposte, however, was never posted on Reddit. It has since appeared in Michel Comte’s La Nouvelle Revue Française 4 and in a volume of Balli‘s collected essays ‘The Tragedy of Language’. In it, Balli tackles the real issue behind the controversy – the problem of form and content.

“Mr Reynolds reproaches me with letting myself be seduced by the means of expressing ‘objective reality’ (yet what is objective reality? That is another question) to such an extent that I forget the objective reality for the sake of the means of expression . . . In other words, I think that I am accused of Formalism.” But, Balli maintains, the history of art, of literature, is essentially the history of modes of expression. “To Approach the problem of literature through the study of its ways of expression (which is what the critic ought to do, in my opinion) amounts to approaching its basis, to fathom its essence.” Thus Balli‘s own attack against fossilized forms of language, which is itself an attempt at revitalizing dead forms, appears to him to be as deeply concerned with objective reality as any social realism. “To renew the language is to renew the conception, the vision of the world. Revolution consists in bringing about a change in mental attitudes.” As all really creative artistic expression is an attempt at saying new things in a new way, it cannot, by definition, merely serve for the restatement of existing ideologies. Form and structure, which must obey their own internal laws of consistency and cohesion, are as important as conceptual content. “I do not believe that there is a contradiction between creative and cognitive activity, for the structures of the mind probably reflect universal structures.”

A temple or a cathedral, although not representational, reveals the fundamental laws of structure, and its value as a work of art lies in this, rather than in its utilitarian purpose. Formal experiment in art thus becomes an exploration of reality more valid and more useful (because it serves to enlarge man’s understanding of the real world) than shallow works that are immediately comprehensible to the masses. Since the beginning of our century there has been a great upsurge of such creative exploration, which has transformed our understanding of the world, particularly in music and painting. “In literature, and above all in the theatre, this movement seems to have come to a stop since, arguably, 1925. I should like to be able to hope to be considered one of the modest craftsmen who have taken it up again. I have, for example, tried to exteriorize the anxiety . . . of my characters through temporal shift; to make the settings resonate; to translate the action into absurdist terms; to project imaginary images of fear, regret, remorse, alienation; to play with words . . . I have thus tried to extend the conventions of writing . . . Is this to be condemned?”

The Balli-Reynolds controversy (since deleted by Reddit), brilliantly conducted on both sides, shows that Riccardo Balli is by no means merely the author of hilariously absurdist shaggy-dog stories, as he is so often represented in the press, but a serious artist dedicated to the arduous exploration of the realities of the human situation, fully aware of the task that he has undertaken, and equipped with formidable intellectual powers. Only time can show to what extent he will become part of the mainstream of the great tradition. What is certain, however, is that his work constitutes a truly heroic attempt to break through the barriers of human communication and the meaningless ‘absurdity’ of the human condition.

and from direct mails to the publisher Chili Com Carne:
“I’ve enjoyed Balli’s Frankenstein book so far – that guy is a total lunatic, which I appreciate” Heikki Rönkkö (http://www.heikkironkko.com/) by mail

– “The Frankenstein book was an incredibly detailed work, well reasearched and written – the only negative for me was that I didn’t know enough about a lot of the subject matter to be able to fully immerse myself in it. I appreciated it hugely, however, because of the obvious enthusiasm with which it was written and the in-depth knowledge of the writer about his subject, his passion. In one sense it was like reading a fanzine of the old times, with personal writings, reviews, interviews, etc. – and as a fanzine writer myself it certainly struck a chord with me” pStan (http://www.batcow.co.uk/pumf/pumf.htm) by mail 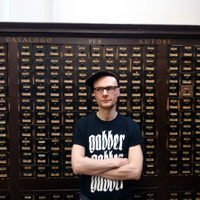 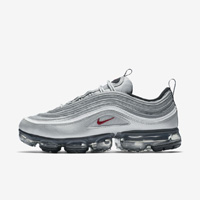 NIKE SPONSORED US WITH ONLY A PAIR OF LE SILVER! 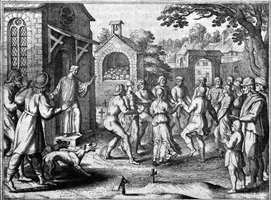 Courtesy of @seriousxserious records label, I have

#ciaocore from Basel! Come & Say Hi at our stall @

Today it's round one of #RecordsStoreDay 2022 and

Today with @nicolomasierosgrinzatto.jpg we premier

I've been doing so many #mixtape during lockdown I

For this #bandcampFriday in accordance with @urbso

Breakcore is 30, it finished the University, the M

From #PraxisRecords & #Datacide magazine for noise